David Bowie is a worldwide icon who has influenced people around the world with his music and style. We will go through some of his most known alter egos.

The inimitable pop singer David Bowie, born David Robert Jones, has inspired people worldwide since the late 1960s. With his eccentric personality and extravagant outfits, Bowie has been an icon in terms of style and pop music. Bowie and his iconic persona have inspired us to wear what we want and to be able to experiment with clothing styles, culture and identity. 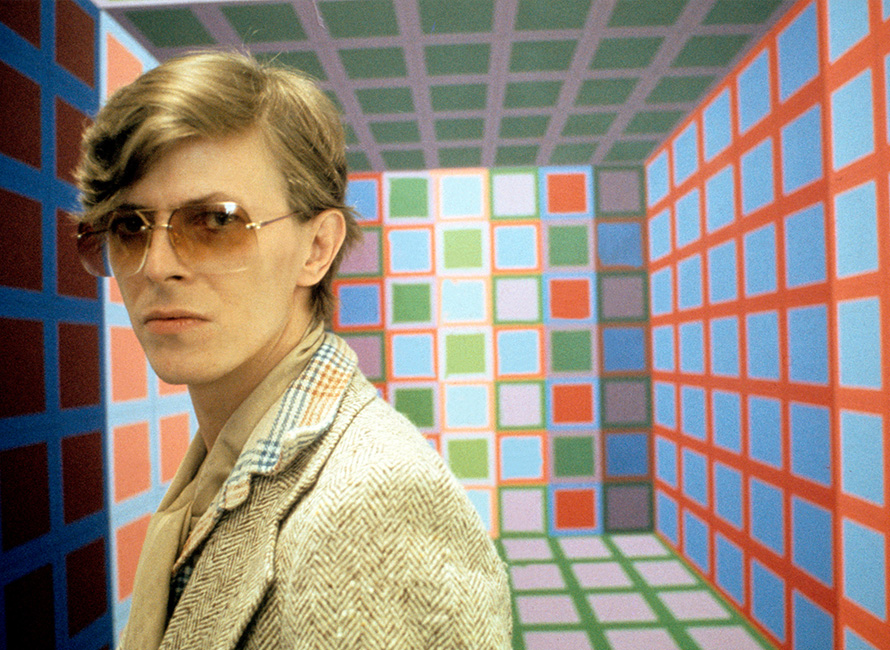 David Bowie in the workshop of Hungarian-French artist Victor Vasarely, 1977.

We usually recognize David Bowie's stage expression and clothing style through his various alter egos, which come in a cavalcade of colours, shapes and patterns. But here we can see an example of Bowie in a slightly more modest and classic appearance, in a tweed blazer, shirt, tapered suit trousers and a pair of 70s-style sunglasses.
Barbour Lifestyle Winter Worker Checked Overshirt Sandstone
899,- (1499,-)


With his androgynous alter ego Ziggy Stardust, Bowie hit the charts with his album, The Rise and Fall of Ziggy Stardust and the Spiders from Mars, 1972. A glam rock inspired alter ego, which we all recognise, in colourful clothes, patterned jumpsuits, metallic colours and platform shoes. Ziggy Stardust's stage expression and clothing style comes with a cavalcade of colours, shapes and patterns.

“Are those men's shoes or women's shoes or bisexual shoes?” asks the host in a televised interview with Bowie, to which Bowie playfully replies, "They are shoe shoes". A statement that not only points to Bowie's boundary-crossing style - which challenges gender norms and stylistic norms - but also gives an undertone of a political statement. 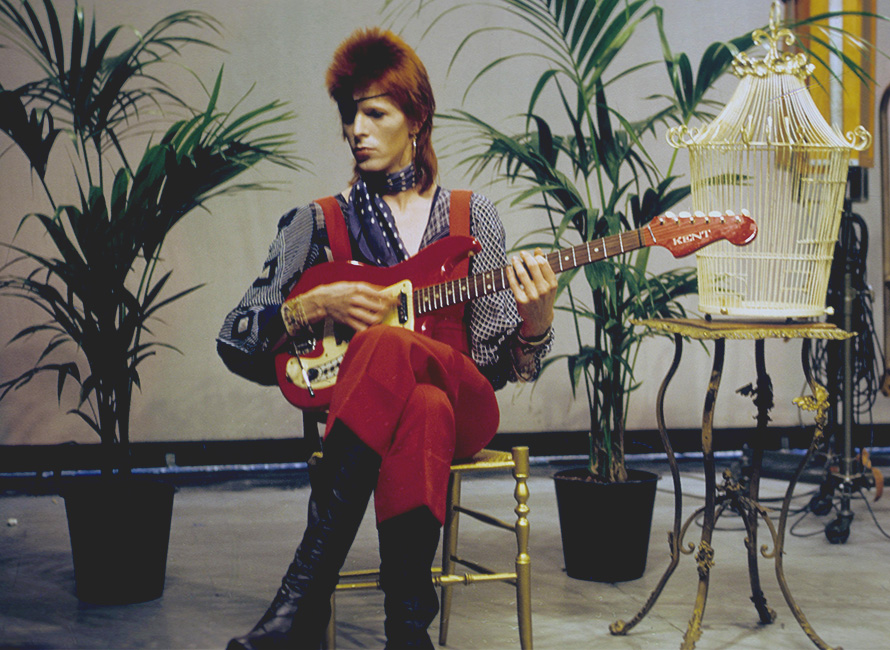 Fearing being stuck in the Ziggy Stardust spotlight for too long, Bowie switched to the alter ego Aladdin Sane. The name is a pun on "A lad insane", a character often confused with Ziggy Stardust. Aladdin Sane is recognisable from the iconic album cover of the same name, where Bowie lets a blue-red lightning bolt adorn his face. Some well-known characteristics are the red short-cut women's hairstyle, an eyepatch for one eye and the polka dot scarf. 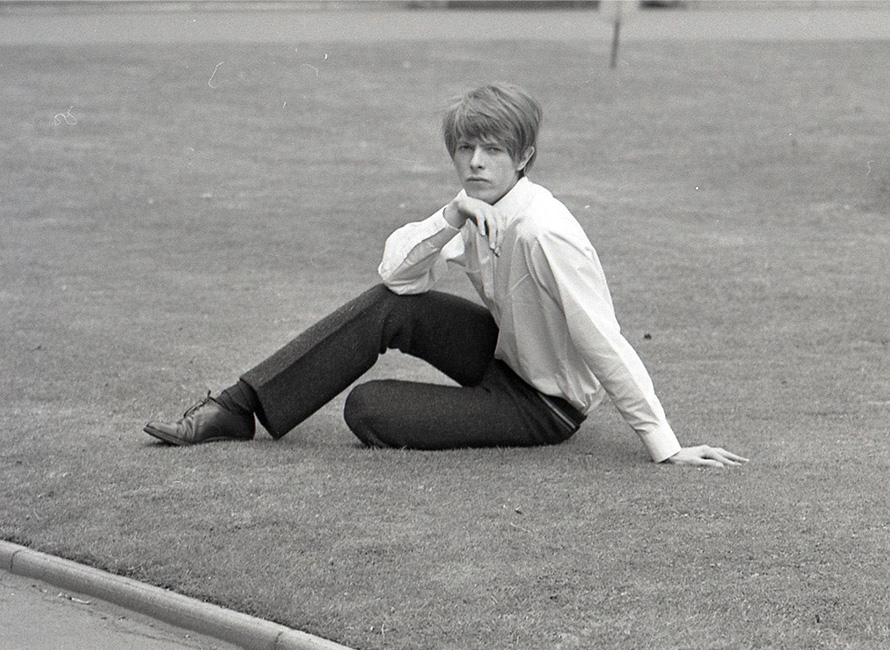 
Early in his career, Bowie wore white shirt and slim suit trousers, a style that also stayed with him throughout the years. As a product of Bowie’s drug misuse the controversial alter ego The Thin White Duke was created in 1976, mainly known for his statements. A figure dressed in a more proper stage costume, but still with a unique and experimental approach with platinum blonde hair.

For Bowie fans, Bowie is now featured in the documentary Moonage Daydram, a documentary film that received high ratings during the Cannes Film Festival.

Three songs everyone should know

Space Oddity, 1969
David Bowie’s first hit song in the United Kingdom from 1969. A song that was also played by the British Broadcasting Corporation (BBC) when they broadcast the moon landing in the same year.

Life on Mars, 1971
Bowie wrote the original version for a French song which was never released, but was bought by Paul Anka who wrote My Way, which was later recorded by Frank Sinatra. Bowie's Life on Mars became a parody song of Sinatra's recording and was released on the album Honky Dory in 1971.

Rebel Rebel, 1974
Song from the album Diamond Dogs, where Bowie recorded all the instruments by himself.